As time progresses, more and more innovative products are needed. The best example of the innovation at hand these days is the Intel®Tofino™ ASIC. With massive bandwidth and an increase in data availability, Intel®Tofino™ is just the thing you need. After all, who doesn't want flexibility and reliability in the DC Infrastructure?

Why don't you take a deeper dive into the Intel®Tofino™ technology? Here's everything you need to know!

ASICs are specifically designed for the special transmission of any kind of network traffic. Nowadays, two variants of ASICs are available; fixed and programmable, providing you with a number of options and possibilities.

The main difference between the two ASIC options is flexibility and adaptation. The fixed ASIC switch is the traditional approach which comes with a pre-defined data plane function structure and has a limited ability to manipulate the packet processing.

But what about the programmable ASIC switch? Are they the ones who can adapt to your needs by providing the flexibility required to establish your own or application-specific parameters? Definitely.

Programmable ASICs are the ones that offer methods to define the data plane functionality in a flexible way, using open source programming languages such as P4. This customizable pipeline or packet processing engine can be programmed according to your requirements. You can program the processing in innovative ways to make it compatible with any standard or non-standard Ethernet type. Furthermore, you benefit in getting the ability to build protocol specific extensions without the need to replace the switch ASIC by a new generation, as you would need to do it with a fixed function ASIC approach.

What is Intel®Tofino™ ASIC? Is it programmable?

What do programmable switches have to do with Intel®Tofino™ ? You will find that out in just a minute or two!

If you talk about Intel®Tofino™, it is a programmable switch ASIC that is based on a model called PISA (protocol-independent switch architecture) and allows you various opportunities that are otherwise not possible with fixed pipeline-based switches. At the same time, they provide you with full-fledged performance with your device so that it can reach its full potential.

Intel®Tofino™ provides you with bandwidth up to 400GbE speed per port today with a roadmap exceeding the current level by multiple factors. Diving into it deeper, it's important to understand that Intel®Tofino™ is programmable via the Open Source Programming Language called P4. This language was designed to program any kind of network device (switches, NICs, routers, etc.) and gives you the ability to control how packets are processed through your device.

Last but surely not least, to give you an interesting example, you are capable of defining your own process to identify bottlenecks within your network and tune it in an automatic AI fashion. You can also export flow-specific metadata information to external apps to in-depth analyze specific things. When you have a breakthrough technology such as Intel®Tofino™, you often wonder who were the genius people creating such an innovation. This revolutionary fabric processor was created and proposed by Barefoot Networks in 2013 under the co-founder's Nick McKeown, Martin Izzard, Pat Bosshart, and Stefanos Sidiropoulos. At that time, the ASIC was already running at up to 6.5 Tbit/s. After its massive success, it was purchased by none other than Intel® in 2019, where it got even more recognition, and this is what that technology deserves.

Data Center of the Future with Intel®Tofino™

Different organizations and different people propose a variety of structures for the data centers of the future. It is surely a topic worthy of debate, and each brings forward the framework that suits best for him.

It can be explained by measuring the needs for the future. Present-day data centers are complicated, mixed up, have security issues, and have no way of creating an application-optimized forwarding with AI methods. All these complications will be solved by Intel®Tofino™'s ability to be programmed. Let's discuss a scenario in which you are using a fixed switch. You used it for VXLAN, but now you want IPL routing or MPLS. You cannot use a fixed switch as it does not come with much flexibility. But on the other hand, if you deploy a programmable switch, you can program each stage in different ways.

If you believe that Intel®Tofino™ has only one generation, you need to think again! Does innovation stop updating if it's successful? A big no!

Intel®Tofino™ 1 supported only up to 100 Gb of port speed. But as for the other two generations, they can offer up to 400 Gb and level 2 schedulers. The only significant differences between the second and third-generation Intel®Tofino™ is the increase of resources, improved number of pipelines and a throughput bandwidth of 25.6 Tb.

The advantages and uses of Intel®Tofino™ are immaculate. It´s hard to list all benefits the product can provide. However, some of the main benefits are worth highlighting. Real time in-band telemetry becomes a lot easier with the help of Intel®Tofino™. Adding metadata information to the packet processing creates a lot of options to monitor the network in-depth. Thus, opening many gates for more research.

The greatest benefit of Intel®Tofino™ ASIC switches is that they open the gates for many other opportunities. It acts as a platform for many other options and applications. Moreover, they are designed in a way that they require less power and space, making them the perfect switches to deploy. It can be safely said that Intel®Tofino™ has great potential to evolve in the future and provide endless possibilities with a little more effort and time.

If you have any more questions, don't hesitate to drop us a message. We'll be sure to contact you as soon as we can! After all, your contentment is our greatest responsibility.

Want to Learn More About it?

Get in touch with us and we will answer all of your questions. Benefits of a disaggregated network by Alexander P. Jeffries 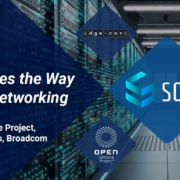 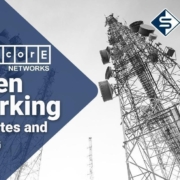 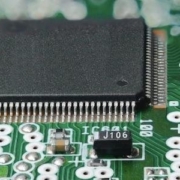 Barefoot Preps for 5G and IoT With Its Tofino Chip 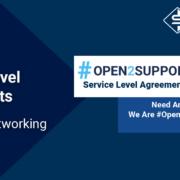 Webinar Session Recording with NetExperience: “Lowering the Cost and Increasing...
Scroll to top
Manage Cookie Consent
This website uses cookies to improve your user experience and to optimize our website and our service to you.
Manage options Manage services Manage vendors Read more about these purposes
Preferences
{title} {title} {title}